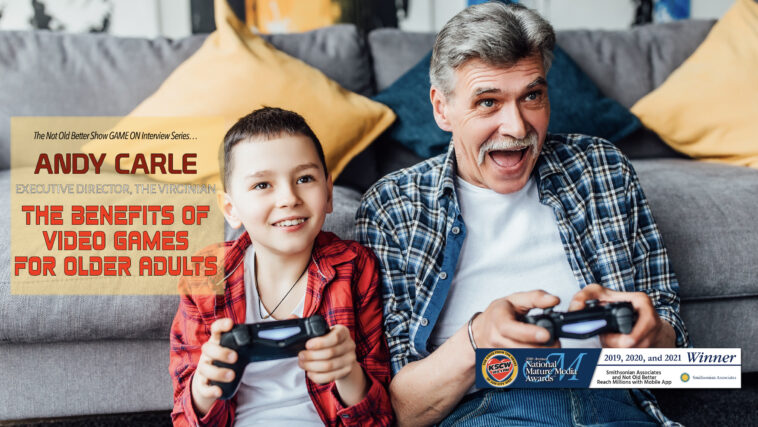 The Benefits of Video Games for Older Adults

Welcome to The Not Old Better Show.  I’m Paul Vogelzang and today’s show is brought to you by NORD VPN and Inside Tracker.

I think you’ll enjoy today’s show as we’re talking about gaming, video games specifically.  When you think of a “gamer,” you probably don’t think of a 65-year-old man or woman spending their afternoon on the Wii, or PS 2, or X Box, or Nintendo Switch. But think again — an estimated 21% of people who play video games are over the age of 50. What’s more, it turns out that some of those older “gamers” are reaping very significant health benefits as a result.

Here are just some of the social, cognitive, and physical benefits that video games and virtual reality (VR) have to offer seniors.

Our “guest today, Andy Carle, from The Virginian in Fairfax Virginia, says “they love it,”   Andrew Carle, Executive Director, The Virginian, serves as lead instructor and founder of the nation’s only graduate Concentration in Senior Living Administration, within the Georgetown University Program in Aging & Health. In 2004, he coined the term “Nana” Technology and has consulted on technologies for older adults with companies including APPLE, Nintendo, GTX Corporation, and Vigorous Mind, among others.

Andy Carle tells us that part of their enjoyment comes from the fact that the game isn’t competitive – just great fun for players. “We encourage everyone to cheer for each other,” “That helps everyone have even more fun because they’re cheering for everyone.”  The installation of the new, innovative system, “Obie for Seniors” is part of The Virginian’s ‘high touch, high tech’  state-of-the-art expanded Memory Care program. The Virginian will be among the first senior living communities in the nation to utilize the technology which has been demonstrated by senior staff to improve cognitive stimulation and motor skills while keeping seniors active and motivated to participate in activities.  Obie for Seniors is an award-winning interactive gaming system that turns any physical space into an immersive and highly entertaining experience for seniors.

We’ll talk about that and more on today’s show, so please join me in welcoming to The Not Old Better Show, Andy Carle. 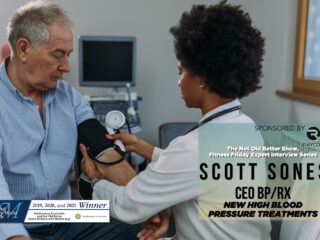 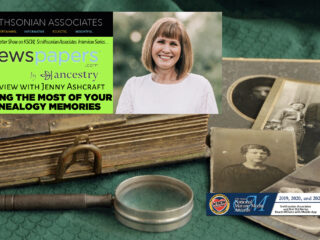