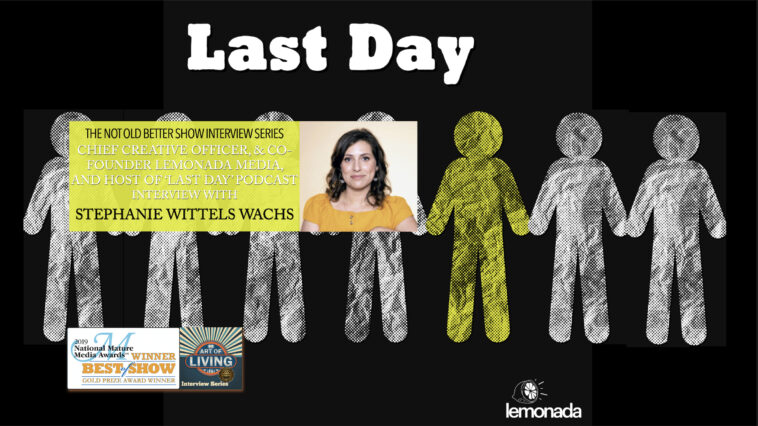 The Not Old Better Show Art of Living Series

Welcome to The Not Old Better Show. I’m Paul Vogelzang, and this is episode # 494.

As part of our Art of Living interview series, our guest today is Stephanie Wittels Wachs.

We’ll be talking to Stephanie Wittels Wachs about the new season of Last Day, Season 2. Season 2 of ‘Last Day’ is focused on the epidemic of suicide. This is a subject we often ‘sweep under the rug,’ stigmatized behavior, and sometimes it’s easier to forget this subject or individual who’s not here.

Season 2 of ‘Last Day’ delves into the growing suicide rate, telling real stories, talking to experts, and asking everyone along the way, “How did we get here, and what could we have done differently?”

Please join me in welcoming to The Not Old Better Show, Stephanie Wittels Wachs.

My thanks to Stephanie Wittels Wachs, and her team at Lemonada Media for help in arranging the interview and show today. My thanks to you, our wonderful Not Old Better Show audience for all you do to support and love the show. Please practice smart social distancing, be safe, and remember, let’s talk about better. The Not Old Better Show. Thanks, everybody.
Resources discussed in the show:
https://www.jedfoundation.org 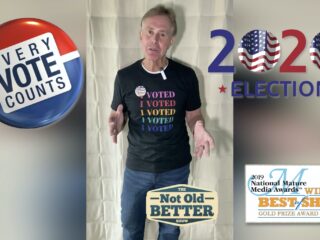 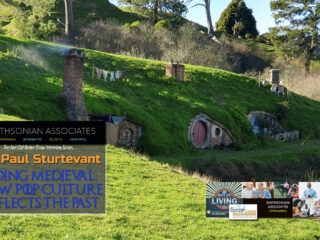