Welcome to The Not Old Better Show.  I’m Paul Vogelzang, and this is episode #502.

Our guest today on The Not Old Better Show is Fannie Flagg.

You all know Fannie Flagg, and know that her career started in the fifth grade when she wrote, directed, and starred in her first play, titled The Whoopee Girls. At age nineteen she was already writing and producing television specials in her hometown of Birmingham, Alabama. At age twenty she went to New York and immediately began writing and acting on Candid Camera, and made over seventy-five appearances on The Tonight Show. She then went on to distinguish herself as an actress and a writer in television, films, and the theater. She is the New York Times bestselling author of Daisy Fay and the Miracle Man; Fried Green Tomatoes at the Whistle Stop Cafe; The Whistle Stop Cafe Cookbook; Welcome to the World, Baby Girl!; Standing in the Rainbow; A Redbird Christmas; Can’t-Wait to Get to Heaven; I Still Dream About You; The All-Girl Filling Station’s Last Reunion; and The Whole Town’s Talking. Fannie Flaggs’s new book, which is a sequel to her award-winning “Fried Green Tomatoes, at the Whistle Stop Cafe,” is titled  “The Wonder Boy of Whistle Stop.”  Fannie Flagg’s script for the movie Fried Green Tomatoes was nominated for an Academy Award and the Writers Guild of America Award and won the highly regarded Scripter Award for best screenplay of the year. She also won the Harper Lee Prize for Fiction. Fannie Flagg loves all animals, especially human beings, and lives happily in California and Alabama.

For me, the son of a  Southerner (my mom was born in the South). Being Southern means handwritten thank-you notes, caring, self-respect.  Willing to give.  Listen, talk, without apology.  Belonging to something.  All women, everywhere likely feel many of these things, but not in the same manner as Southern belle’s.  Fannie Flagg is known as the sassy Southerner, who relishes the Southern pastime of laughing through the tears.

What a joy it is to be speaking to Fannie Flagg, so please welcome to The Not Old Better Show, Ms. Fannie Flagg.

My thanks to Fannie Flagg for joining us today.  You’ll find links to Fannie Flagg’s work in the show notes from today’s show.  Please enjoy Fannie Flagg’s new book,  “The Wonder Boy of Whistle Stop.”  And, please stay safe everyone, practice smart social distancing and remember to “Talk About Better.” The Not Old Better Show.  Thanks, everybody. 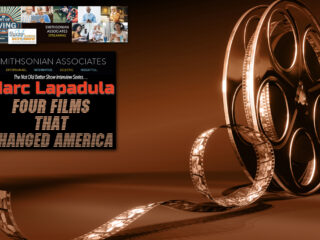