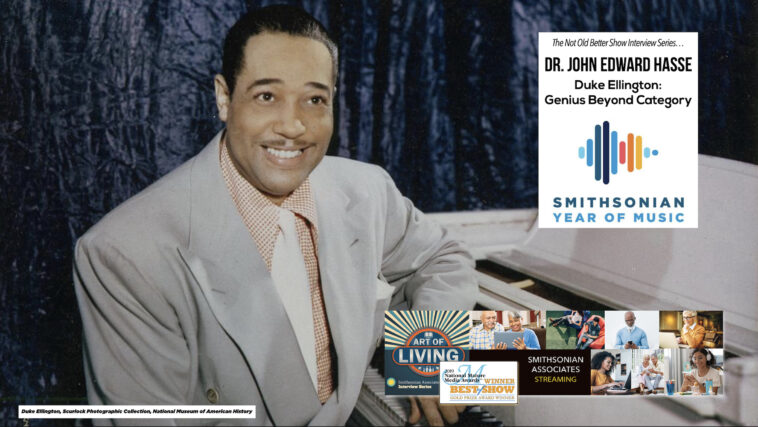 Welcome to The Not Old Better Show. I’m Paul Vogelzang, and this is episode #499.

No one led a life, led a band, or made music like Duke Ellington. He was one of a kind—beyond category. American music specialist John Edward Hasse surveys the moving and inspiring story of a man who overcame racial, social, and musical obstacles to become one of the 20th century’s greatest musicians.

Today with us here on The Not Old Better Show, Dr. John Edward Hasse will cover Duke Ellington’s life: his musical influences—including ragtime and dance music—growing up in Washington, D.C., and how he negotiated the city’s strict color line. Also, his breakthrough at Harlem’s Cotton Club; his way of personalizing his compositions for the individual gifts of his players; and his turn to greater spirituality as he got older, which prompted him to compose three Sacred Concerts.

Please join me in welcoming to The Not Old Better Show, Dr. John Edward Hasse.

My thanks to Dr. John Edward Hasse, who’ll be appearing at the Smithsonian Associates
Please check out this link for program details:
https://smithsonianassociates.org/ticketing/tickets/duke-ellington-genius-beyond-category 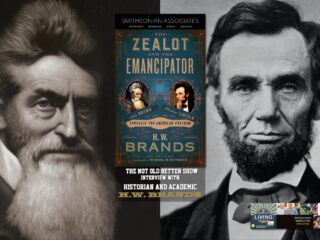 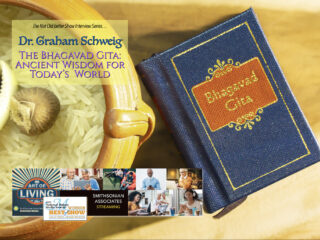