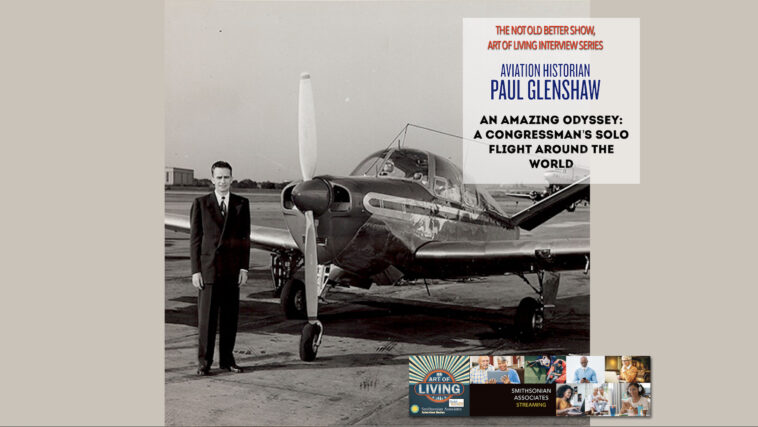 An Amazing Odyssey: A Congressman’s Solo Flight Around the World – Paul Glenshaw

Welcome to The Not Old Better Show.  I’m Paul Vogelzang.  As part of our Smithsonian Associates Art of Living Series, our guest today, Paul Glenshaw has an unlikely story. Paul Glenshaw will be presenting at the Smithsonian Associates, June 15, 2021, and the title of his presentation is An Amazing Odyssey: A Congressman’s Solo Flight Around the World You can find out more in our show notes. But Paul Glenshaw is our guest today and see if you can imagine this: a congressman risks his life for a self-funded world peace mission. The Smithsonian loans an airplane from its collection for a solo round-the-world flight. A pilot makes that flight and does nothing to exploit his achievement. Yet, as Glenshaw tells us, all these things happened, in 1951, to one Peter Mack.

In 1951, Peter F. Mack Jr., a 34-year-old U.S. congressman from rural Illinois, made an extraordinary journey for peace. He borrowed a single-engine airplane from the Smithsonian, rechristened it the Friendship Flame, and flew it around the world alone on a self-funded, self-directed goodwill mission. Along the way, without aides or security, he met ordinary citizens and dignitaries and extended his hand in friendship, and became the first person to fly across the Pacific Ocean alone.

As his constituent’s five and ten-dollar donations came in, Congressman Mack contributed $1500 of his own money, planned his route, and re-christened the plane Friendship Flame. On October 7, 1951, he took off from Springfield, Illinois on what he called the Abraham Lincoln Goodwill Tour.

After crossing the Atlantic, Congressman Mack toured Western Europe, Scandinavia, and the British Isles. He tried in vain to enter the Soviet Union. He flew through the Middle East, Iran, Pakistan, into South Asia, then Vietnam and Korea (where the war was in full swing), and finally Japan.

He handed out what he called “friendship scrolls.” He met with dignitaries and ordinary citizens, assuring everyone he met that the people of the United States were interested only in peace.

Aviation historian Paul Glenshaw offers a fascinating snapshot of a troubled globe in the aftermath of World War II and the start of the Cold War as he uses original images, film, news reports, and audio recordings made during Mack’s epic odyssey to tell this inspiring story.

My thanks to Paul Glenshaw.  Paul Glenshaw will be presenting at the Smithsonian Associates, June 15, 2021, and the title of his presentation is An Amazing Odyssey: A Congressman’s Solo Flight Around the World You can find out more in our show notes.   My thanks as well to the Smithsonian Associates team for all they do to support the show.  Of course, my thanks to you, my wonderful Not Old Better Show audience.  Please be well, stay healthy and vaccinated, and remember, let’s Talk About Better.  The Not Old Better Show.  Thanks, everybody. 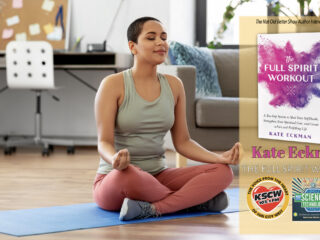 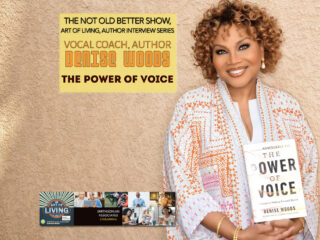